May 4 Annapolis to Worton Point, MD

We had been in touch with Lyn and Greg from Paperbird and they made arrangements to pick us up at Truxton Park to go out for breakfast together. We dinghied over at 07:30 and it was so good to see them. The last place we had been together was in St. Marys GA, for the American Thanksgiving. (They had wintered in Florida as they wanted to head north by the first of April). So we headed to Eastport for breakfast but first, making a quick stop the hardware store to pick up some cleaning supplies for the boat. We enjoyed a great breakfast and were thankful that they took time to visit with us. After dropping us off, they were going to get in their motor home and head west across the country. They will be spending the summer in Alaska! God’s blessing and safe travels to them as they enjoy the many stops across the country (some also being in our native Canada) and make many memories. The waitress snapped this photo of us with the phone at the restaurant. Not the best photo but a good one to have of such great friends. 🙂

We got back to the boat and Jim from Blossom called and wondered if maybe we should head out from Spa Creek that afternoon. We quickly dingied over to the dock close to a convenience store in Eastport and walked up. I wanted to buy some fried chicken there for supper. It is from Royal Farms and we got their chicken tenders. They were huge. Actually, we had heard about their chicken from our older ladies (Ida and Miriam, sisters that we met at church 4 years ago on our trip and again last fall). Thanks to them for the heads up! We got back and hoisted the dinghy up on the bow and got ready to go. Sadly, we didn’t get to see Ida or Miriam. They were away as Ida’s granddaughter was getting married in Texas. We weighed anchor shortly after noon and caught the 12:30 opening of the Spa Creek Lift Bridge and headed out in the fog and mist. Goodbye again, Annapolis.

Just as we finished exiting Spa Creek under the bridge, we heard a fisherman on the radio saying that he saw a helicopter go down in the water just south of the Chesapeake Bay Bridge near Bloody Point, off Kent Island. This fire and rescue boat headed out and we kept hearing more talk on the radio from the Coast Guard and other witnesses of debris in the water.

It must have been hard for those witnessing it going down. Sadly, we heard later on the news, both the pilot and his passenger didn’t make it out alive. And that the fog may have been a contributing factor for the crash.

There were sailboat races out on the bay so we had to be careful of them and the fog. We could hardly see the bridge beyond the sailboats. 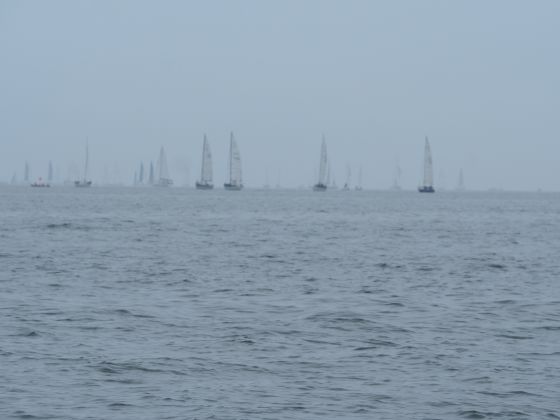 The Chesapeake Bay Bridge is known locally as the Bay Bridge and is a dual-span bridge connecting the rural Eastern Shore Region with the urban Western Shore. A bit of trivia is, that when the the original span opened in 1952, it was the world’s longest continuous over-water steel structure with a length of 4.3 miles. The parallel span was added in 1973. 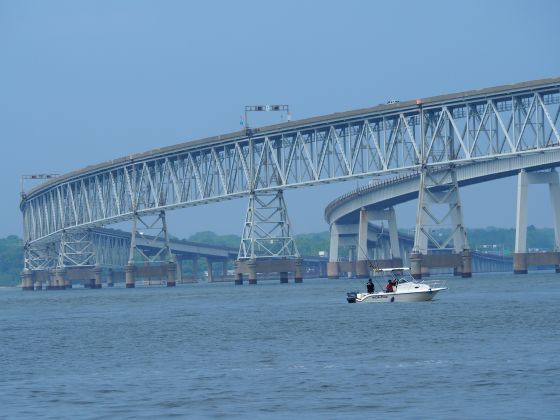 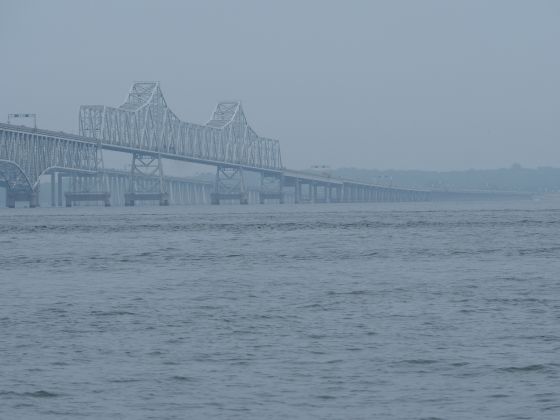 We weighed anchor at 17:45 at the top of the Chesapeake at Worton Point. We had travelled 27.9 nm. The water was like glass and I snapped a photo of this little cabin that was across from us in the anchorage.

It was a dull day when we headed out of the anchorage at 06:00. We spotted another Osprey nest.

By the time we got to the C and D Canal, (the canal connects the Chesapeake Bay and Delaware Bay) it was raining pretty hard so I didn’t get a lot of photos. 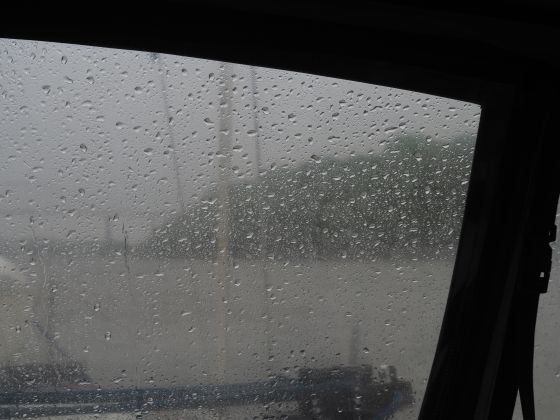 The Delaware Responder for environmental clean ups and tugs all ready to go too if needed. 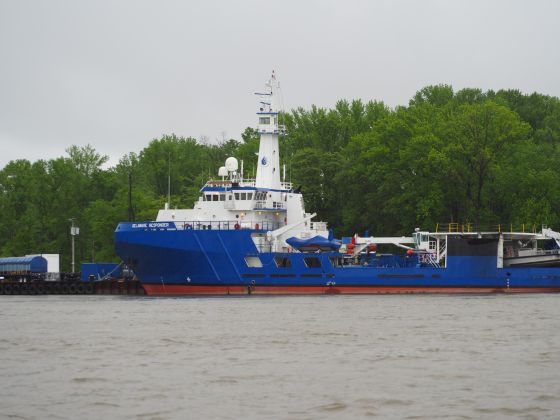 We passed by the Chesapeake Inn and Marina. 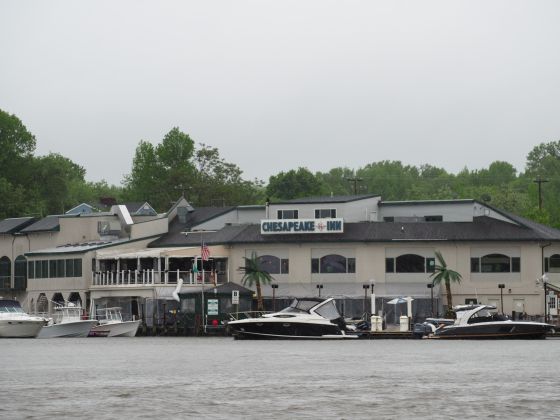 We went under lots of bridges along the canal. Here are photos of a couple.

Soon we were at the end of the canal.

And into the Delaware Bay. We passed by a few barges.

This is the Salem and Hope Creek Nuclear Generating Stations on the Delaware at Hancocks Bridge, NJ 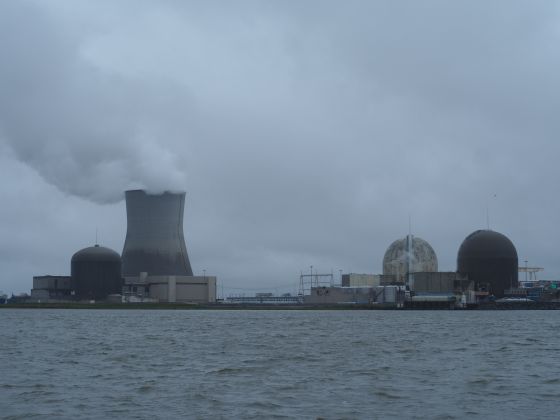 We set the hook at 15:00 at Cohansey Creek off the Delaware. The current was very strong but we had a good hook. We travelled 55.9 nm and it had been a long, dreary day on the water. 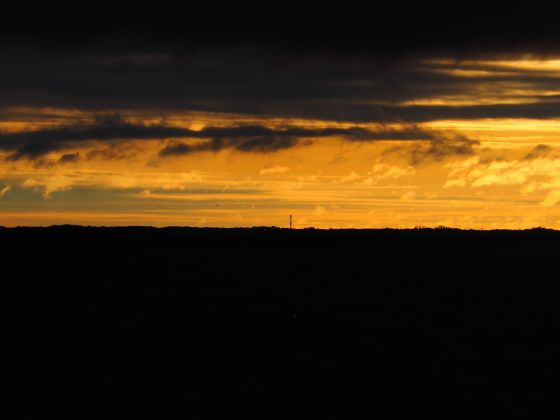 We left the anchorage at 06:00 and our destination was Cape May. We passed by the Ship John Shoal Light. 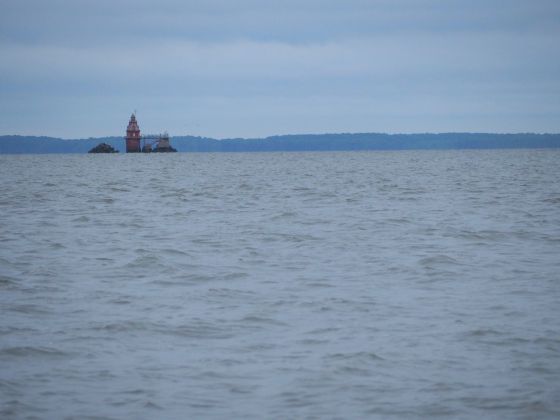 We saw lots of fishermen out on Delaware Bay. Note that the first one, has a man standing at the top. 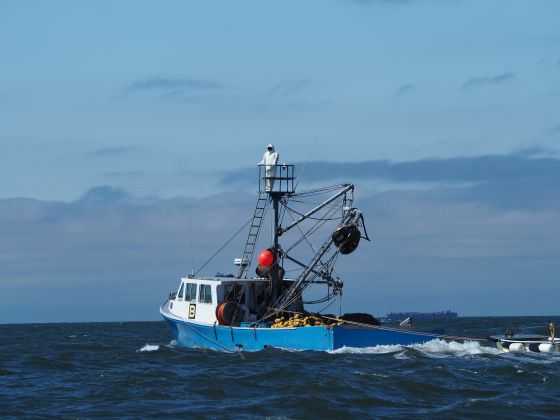 Before long we were motoring past Cape May which is at the bottom of the Delaware.

Lots of condos and hotels. It is quite a popular place in the summer.

We entered the inlet at Cape May and the rollers were crazy going by the jetty. Some were as high as four feet! We motored over for fuel and then came back to the anchorage. We set the hook at 12:45 in front of the U.S. Coast Guard Station. We had travelled 40.2 nm. 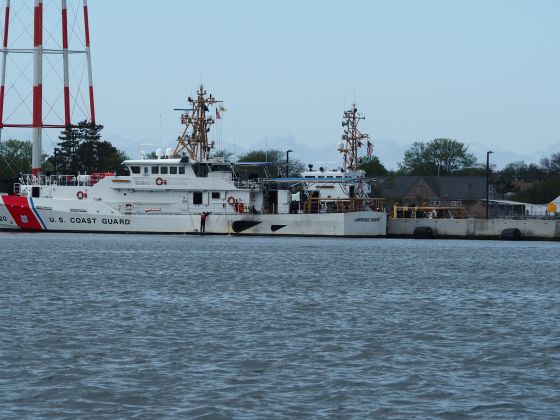 I got lunch ready and Mike changed the oil and the transmission fluid. We saw Dagny (Alan and Bev) in the anchorage and he came over after lunch. He said that he was planning on leaving to go out in the ocean to do the overnight crossing to Atlantic Highlands, NJ. We called Jim on Blossom II and he said he’d be ready for that too. We weighed anchor at 15:00. Mike hailed Alan on Dagny who had left a few minutes before we did and he said it was a little rolly at first but was pretty good. So ready or not, rolly or not, we were going on our last ocean crossing on this adventure! And it was quite rolly but we unfurled the jib and that helped. After awhile , it was smooth sailing. 🙂 We didn’t see a whole lot before darkness set in. We did notice this amusement and water park. 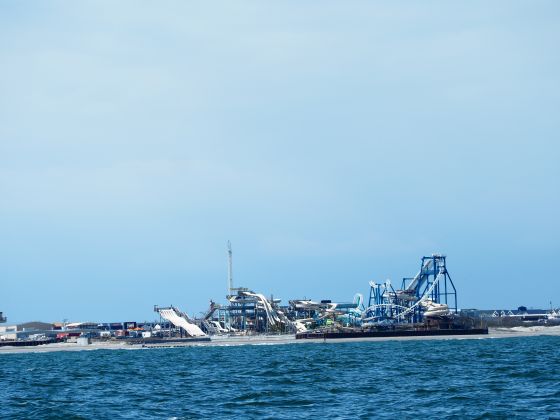 And we watched Atlantic City for a long time. It goes on forever! I snapped this photo of it. 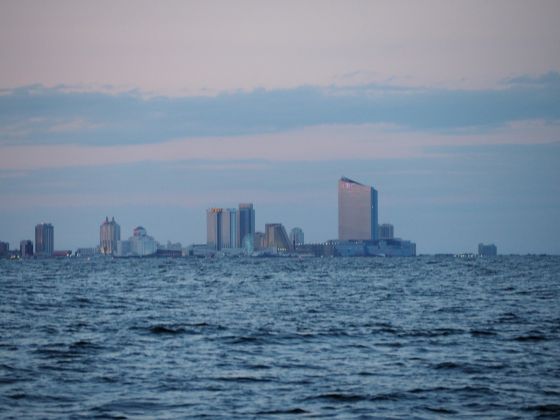 We also had a great view of the sun setting on the ocean and watched until it disappeared. 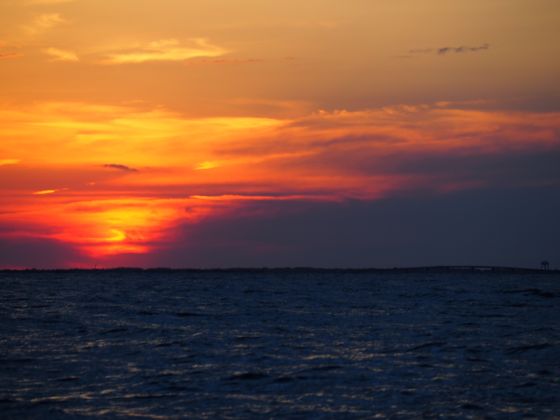 By midnight we had travelled another 54.6 nm, so our total for that day was 94.8 nm. A long day and still motoring.

May 7 Still crossing the ocean to Atlantic Highlands, NJ

It was a cold night on the ocean. We had to wear hats and have blankets. Ahh, we were pleased when morning came and saw this gorgeous sunrise! God does paint a beautiful sky!

We had our first view of New York City in the distance.

A high speed ferry passed us. 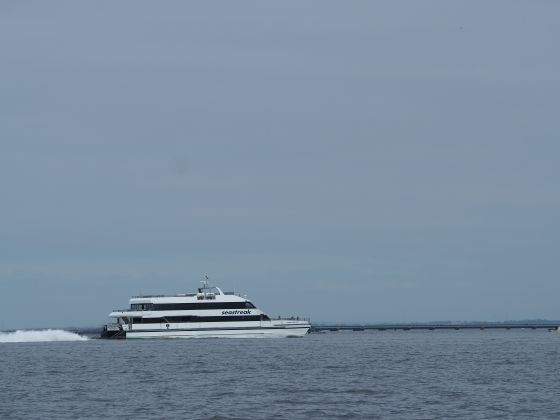 And we passed by Sandy Hook, NJ.

We had anchored at Sandy Hook before but there is no fuel there so we decided to go to Atlantic Highlands. As soon as we got there, we motored to the fuel dock and got our diesel and water. I snapped a photo of the high speed ferries that had just come into dock.

We came back out and set the hook at 11:00. We had travelled 63.6 nm from midnight to setting the hook. I took a few photos of our view from Persuasion before we had lunch. Atlantic Highlands is well named! And so many beautiful homes in the hills.

Dagny in the anchorage.

We were thankful once again for God watching over us on the ocean. And then…..we slept!

4 thoughts on “May 4 – 7 Annapolis MD to Atlantic Highlands, NJ”