Another windy night. Finally around 04:00, the wind died down a bit. A fellow boater was walking by when we were getting ready to leave. He was telling us about a boat on the other side of our dock that got hit by lightning! It happened when we were at the grocery store in the height of that thunderstorm. I noticed a boat with a lot of electrical equipment beside it when I was coming back in the golf cart. The boat was at least 65 feet long and a very tall mast. We noticed it the day we came in not only because of the size of it but because of the name on it….Free Range Chicken. Apparently it struck the mast and took out all their electrical and then the lightning travelled through the cord at the dock and took out all the electrical on the trawler behind them. Wowzers, that was some storm! We also noticed a sailboat that had come in the day before to the anchorage. He had his sail up when he anchored and we weren’t sure if he couldn’t get it down because of the high winds or something was caught but we could see his sail was now in tatters. What a shame.

It was still windy when we headed out. At 06:45. The nice man that was talking to us helped push us off the dock. He was on the power cat in front of us and said that he too was worried in the storm with all the boats dragging and coming towards us on the dock. We were tied on behind him and in front of this yacht.

These two photos are looking across the river to the downtown Historic District of Charleston. 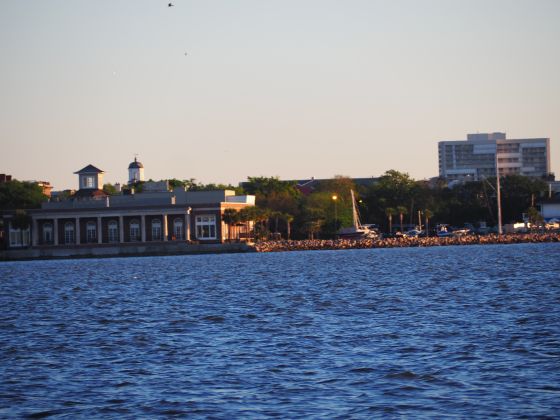 And a beautiful moon over the bridge. 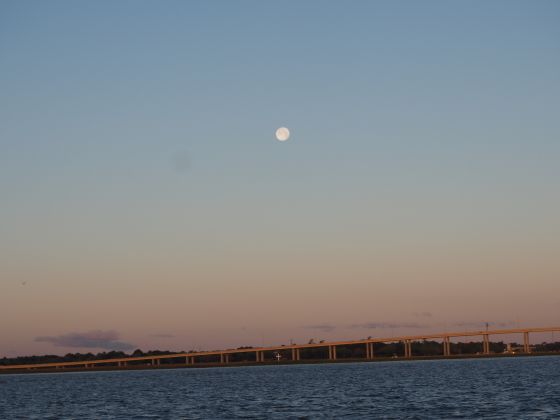 Here are some other photos of what we saw from Persuasion:

A cargo shop going under the bridge 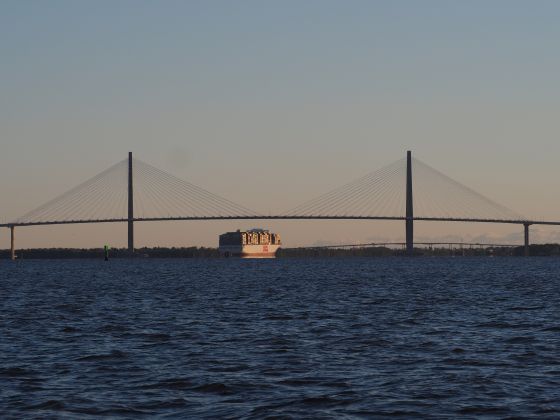 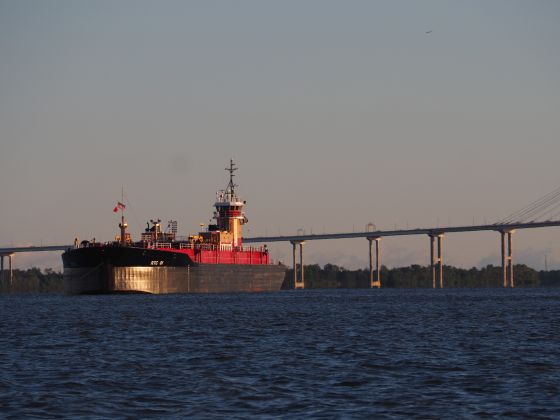 We caught the 07:00 opening of the Ben Sawyer Swing Bridge 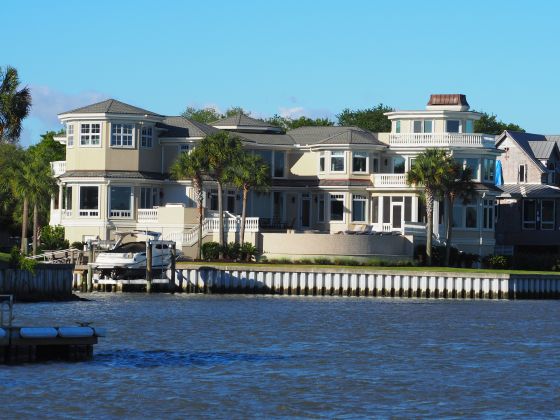 Isle of Palms marina; we stayed here last fall and visited with Ron and Gwen. We had eaten at this restaurant. Looks like it may have gotten damaged in the wind storm

It was hard to get around this dredger

The winds really picked up again in the afternoon; blowing up to 35 kn on the South Santee River 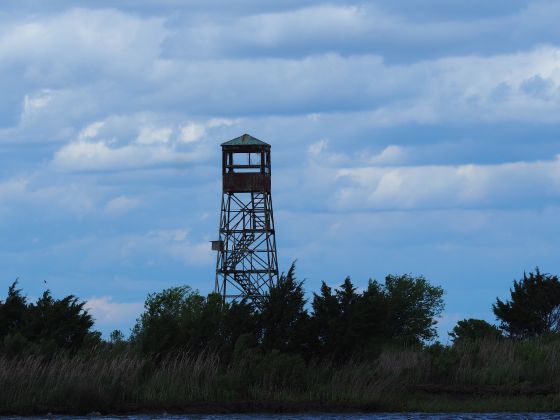 This photo of a floating Swing Bridge is for our granddaughter, Elizabeth who mostly goes by the name Elle or Ellie 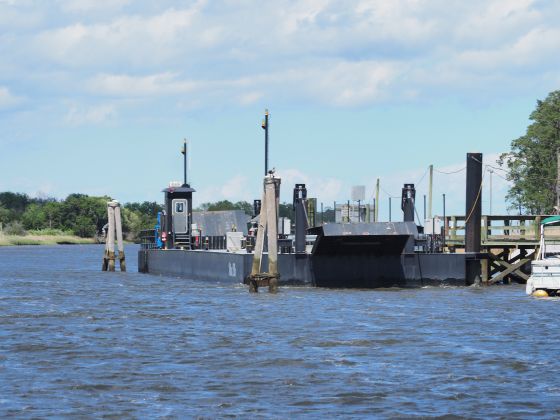 The paper plant in Georgetown.

We set the hook in the anchorage in Georgetown at 17:00. There were a lot of derelict boats around, some with homeless people or bums living on them. There was one boat with a guy staring at us and mumbling something as he went to the other side of the boat. He had a tall bucket in his hand and I, of course, got the binoculars out to look. He bent over to dump the bucket and to my surprise, he had only a t-shirt on. No shorts, underwear, nothing. I quickly put down the binoculars before he turned the other way. Sheesh! Apparently the town itself is quite picturesque. It was cold and we didn’t get off the boat. Here are a couple of photos of the anchorage. 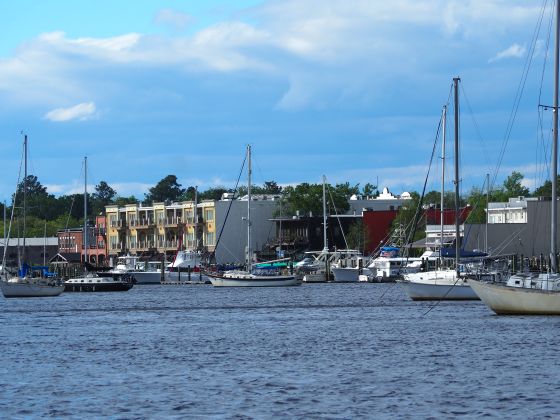 Ahh, the rising sun! And the Son is Risen! Easter Sunday. Hope you all had a blessed Easter. 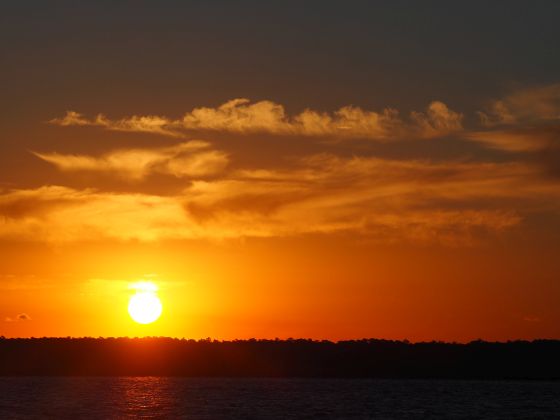 We weighed anchor at 06:30 and it was chilly….14C in the salon. We headed out of the anchorage and were soon in the Waccamaw River. So beautiful.

We passed by the abandoned rice fields. These fields made Beaufort and Charleston very rich. The slaves came in on the ships to Charleston and then brought here to plant and work in these fields. The salt water gave the rice a yellow colour so they named it Carolina Gold Rice and it became a huge money making business. I can only imagine the hot sun and working conditions that they endured.

Here are more of our sightings captured below:

The scenery is lovely. Love the live oak trees. 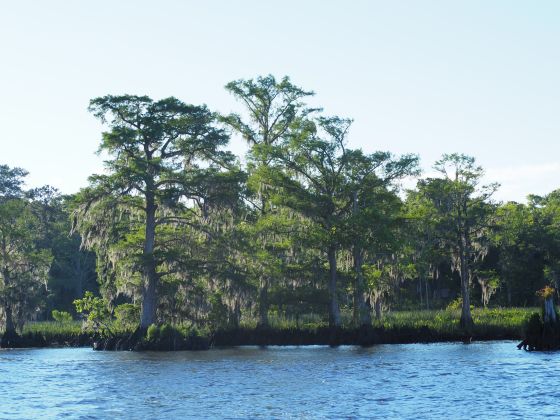 An egret on the shore

A calm and peaceful looking day on the Waccamaw 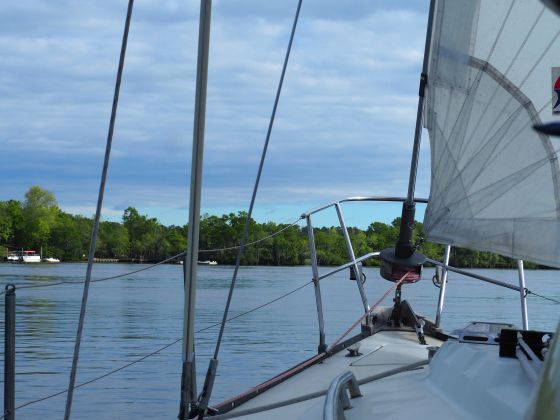 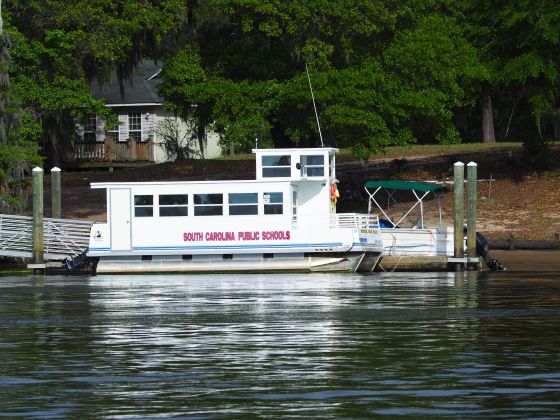 Water like glass; reminded me of the Dismal Swamp 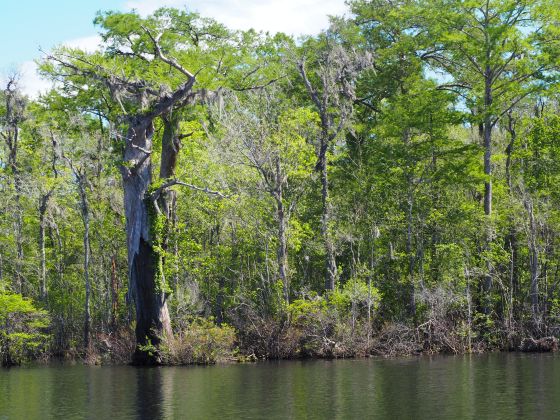 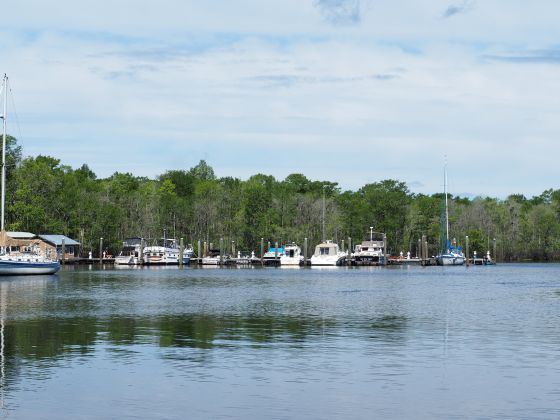 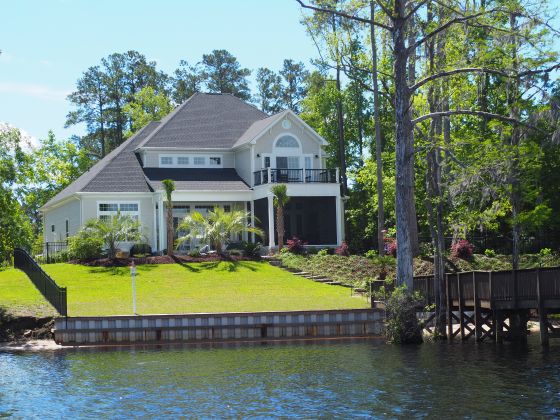 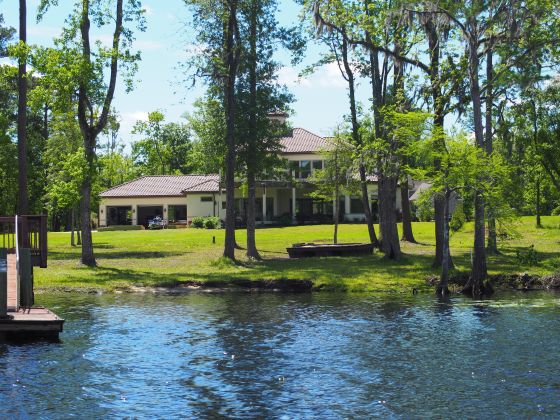 Osprey Marina; we stayed there in 2014

No train coming; the railway bridge was up 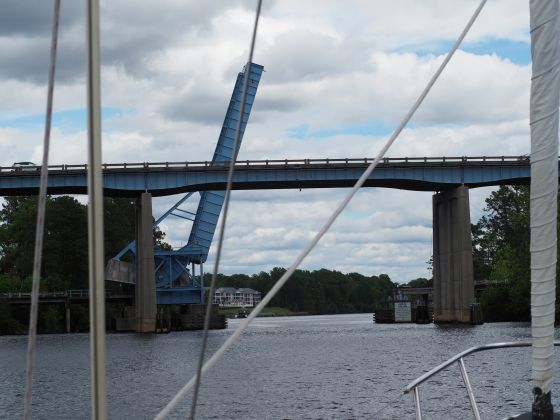 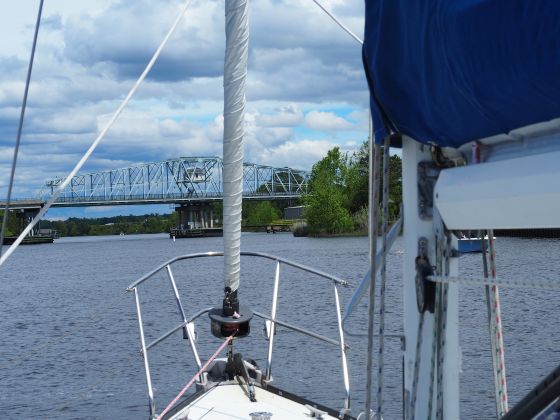 We heard a loud crunch when the boat SOKI hit the rocks. What a shame! We then heard him calling Sea Tow 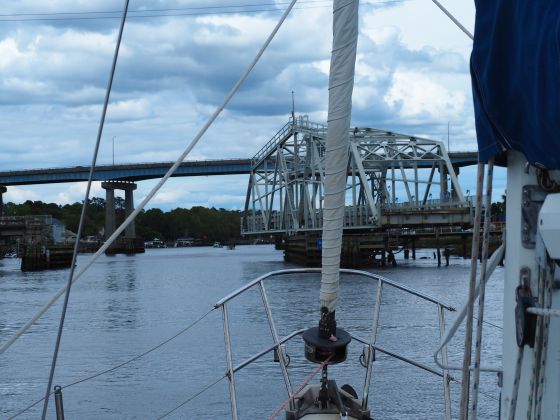 Big M Casino on the Little River; they have two cruise ships here and they must travel into international waters before gambling can begin

We ran aground on Calabash Creek trying to get into the anchorage. The tide was low. Tow Boat U.S. was going by and he hailed us. We got off ok after awhile. He told us about an anchorage out by the ocean inlet with deeper water, Bird Island. We radioed to Blossom II who was a ways behind us to go to that anchorage.

The other Big M Casino boat was coming in from the ocean. We radioed him to tell him we were aground and almost out to the deeper water but would let him go first.

We headed out the inlet for the ocean and then into the anchorage at Bird Island. We set the hook at 16:45. We had travelled 58.4 nm. It was a lovely anchorage. Check out the white sand on the shore. There was also a trawler and Blossom anchored for the night. 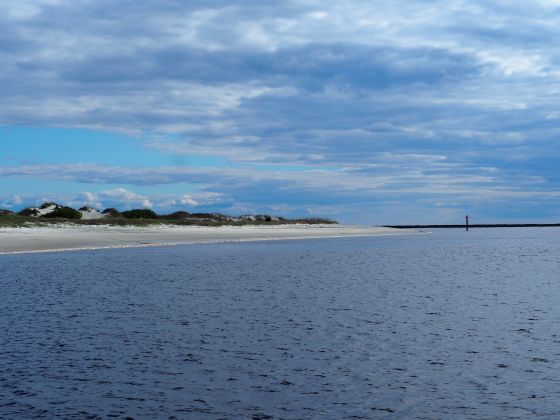 Mike changed the oil and I enjoyed the scenery from the cockpit. The late afternoon sun was beautiful and we had a nice sunset. 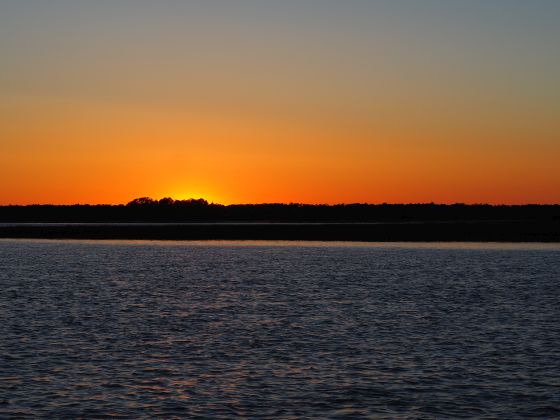