This morning it was very windy! It was chilly too, 12C. And look at this wind generator; whirling away and very silent. Great job helping us getting those bearings in, Ron and Gwen!

We shoved off the dock at 07:20 and headed out. Here is our day in photos:

A happy face to greet us as we passed by 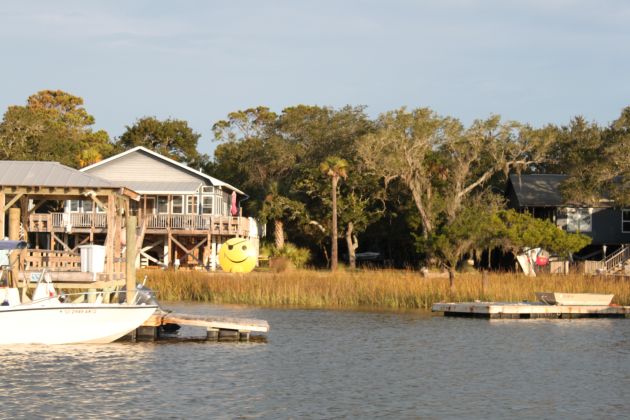 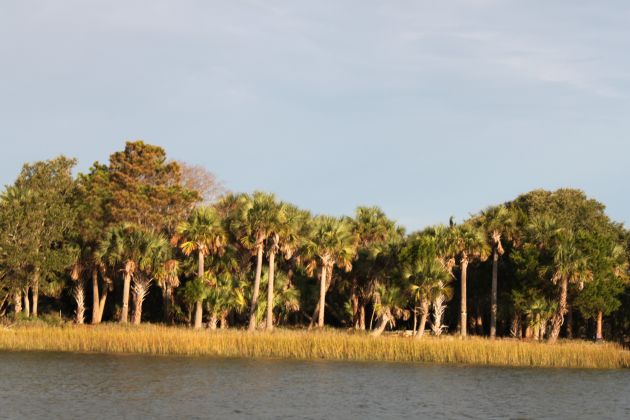 Homes with long, long walks to their docks

A shrimp boat lowering his nets 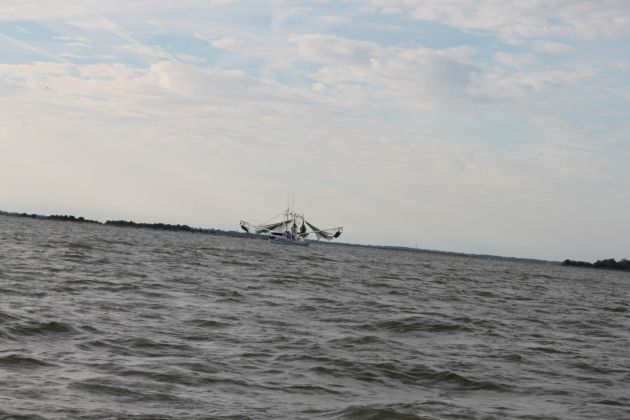 Looking over at Charleston 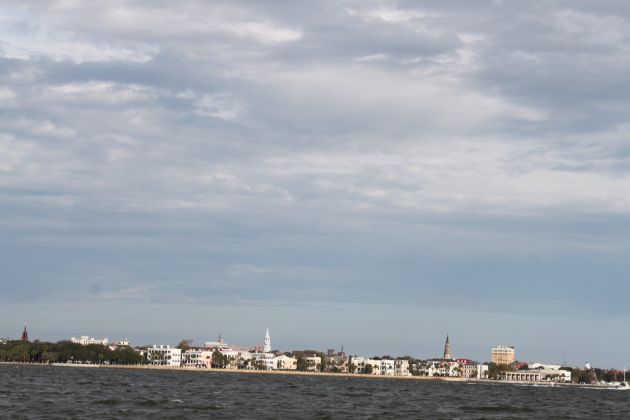 And looking over at the Arthur Ravenel Jr Bridge (a cable stayed bridge over the Cooper river. It is eight lanes and connects downtown Charleston to Mount Pleasant. We were on this bridge yesterday with Ron and Gwen when we went to Charleston) 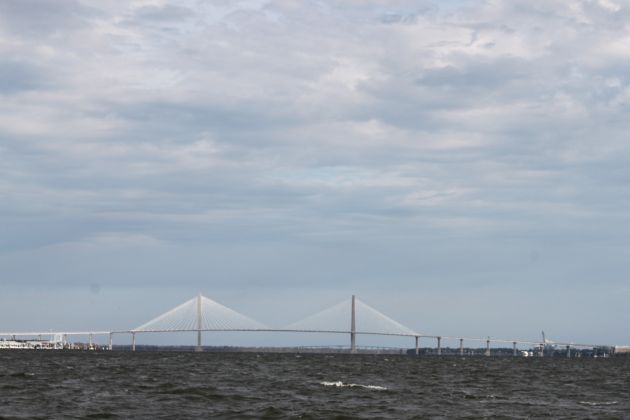 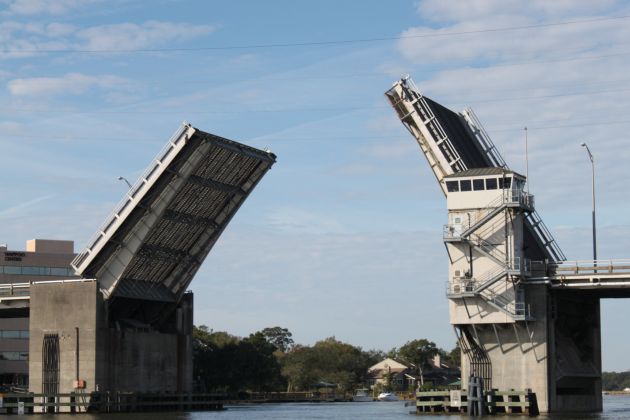 The Seaboard System Railroad Bridge down on the left

More homes far from the water 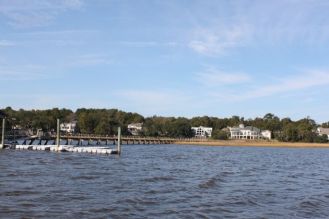 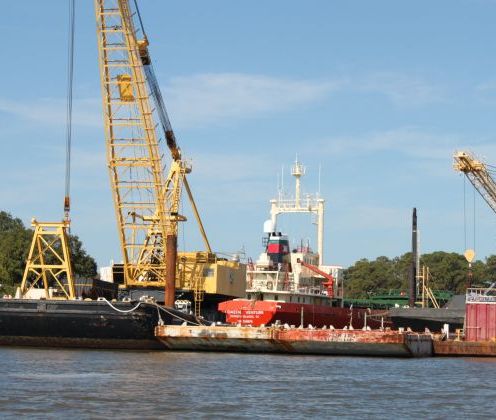 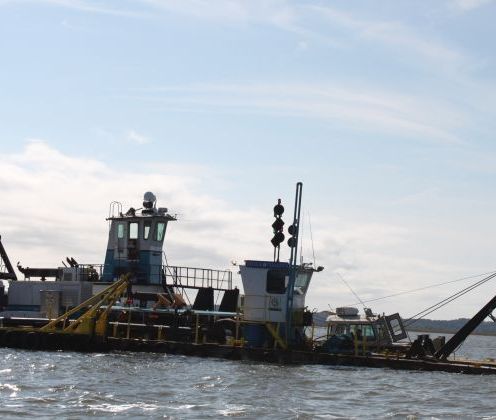 We dropped the anchor at 14:00 west of Watts Cut. A quiet anchorage with just two other boats. No cell service. We had a blog ready to go but with no service for a hot spot, will have to wait and hope for service tomorrow. Worked on some more blogs and read. The day turned out to be nice and warm. We had a nice sunset. 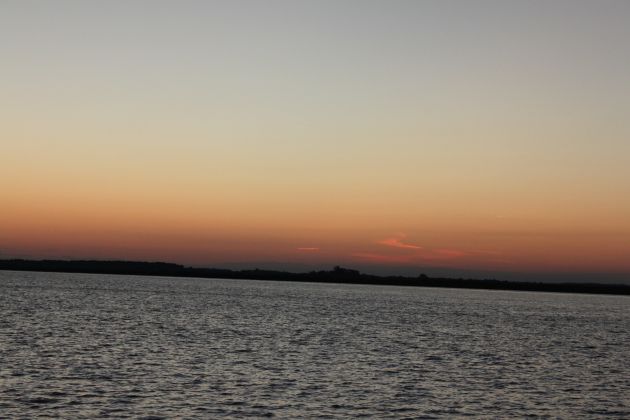 Today, being Remembrance Day, we missed being at a service back home and at 11:00 while motoring along on Persuasion, we had a two-minute silence. I called my dad this afternoon. He is 95 and fought in WW II. He was just a boy at 19 when he went off to war. 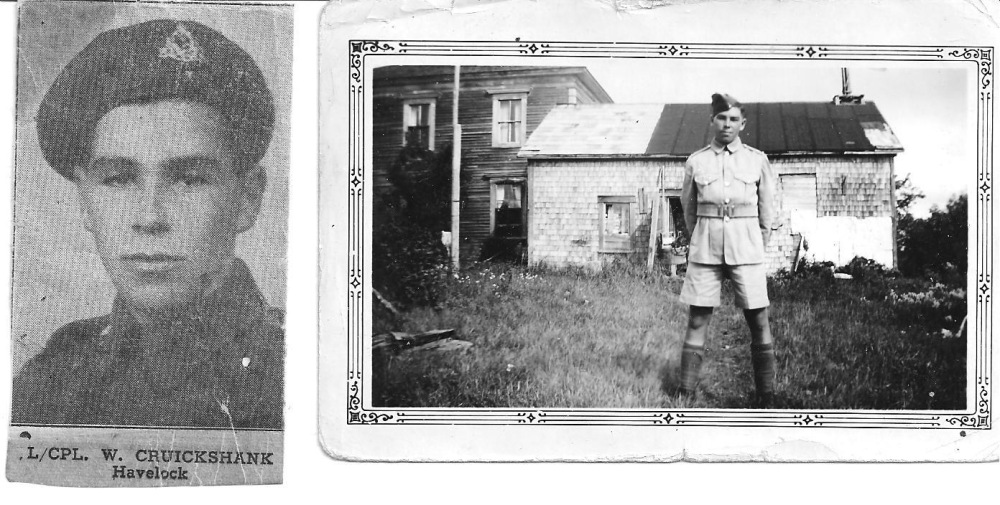 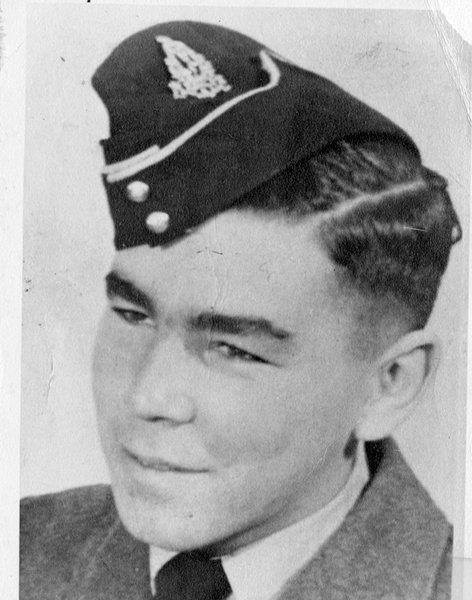 I’m also including a video by Terry Kelly, a blind country/folk singer from St. John’s Nfld. The story behind the video is that on November 11, 1999, Terry was in a drug store in Dartmouth, NS. At 10:55 AM an announcement came over the store’s PA asking customers who would still be on the premises at 11:00 AM to give two minutes of silence in respect to the veterans who have sacrificed so much for us.

Terry was impressed with the store’s leadership role in adopting the Legion’s “two minutes of silence” initiative. He felt that the store’s contribution of educating the public to the importance of remembering was commendable.

When 11:00 arrived on that day, an announcement was again made asking for the “two minutes of silence” to commence. All customers, with the exception of a man who was accompanied by his young child, showed their respect.

Terry’s anger towards the father for trying to engage the clerk in conversation and for setting a bad example for his child was channeled into a beautiful piece of work called, “A pittance of Time”. Terry later recorded this song. Click on the highlighted name of the song below and take a listen; I’m sure it will give you goosebumps and bring a tear to your eye. It sure does to me. “May we never forget”

A Pittance of Time