What a lovely anchorage. Thanks Paperbird for the recommendation. The sunrise was splendid! 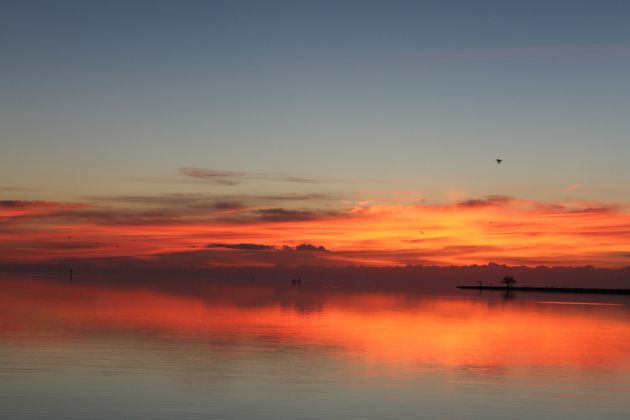 Had to add another one!

We lifted anchor at 07:00 and followed Paperbird out. The water was like glass and looking back to the entrance to River Dunes with the fog rising, made for a nice photo.

We headed out into the Neuse River. Here are some of our sightings today:

Oriental, NC on our starboard side 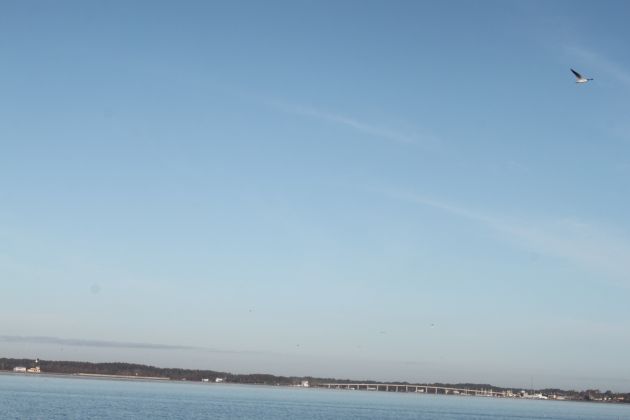 A shrimp boat lowering his nets

Nice homes along the ICW 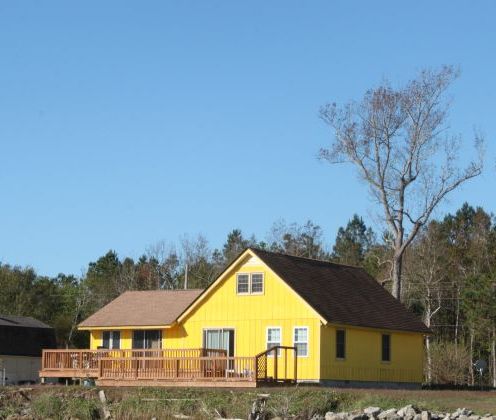 Lots of homes that will need roof repairs from Hurricane Florence 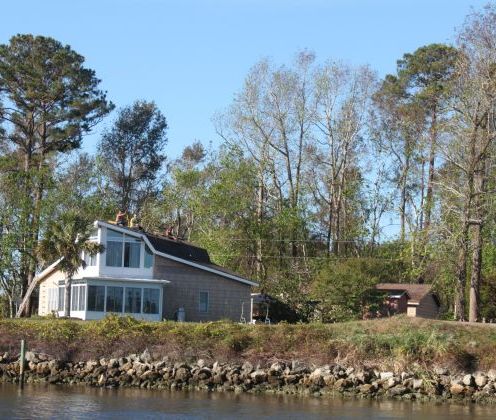 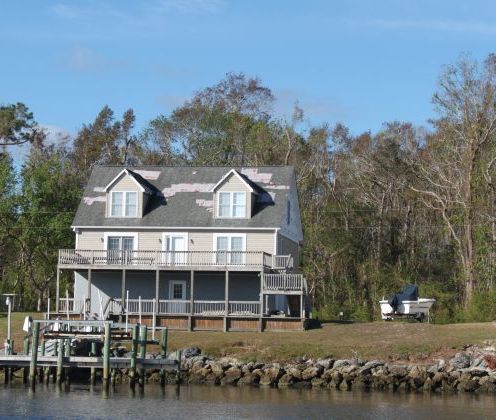 Uprooted trees up on a beach from Florence 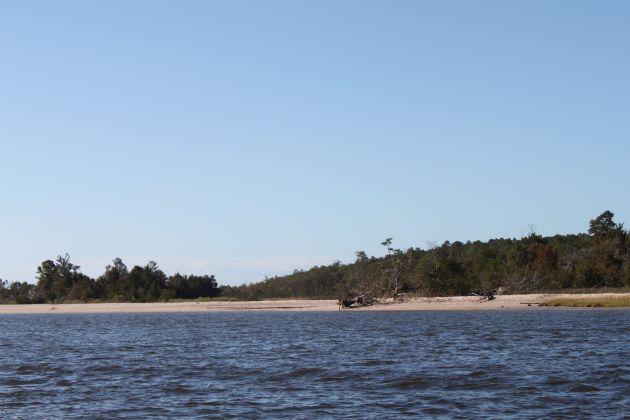 Paperbird heading on toward Beaufort, NC 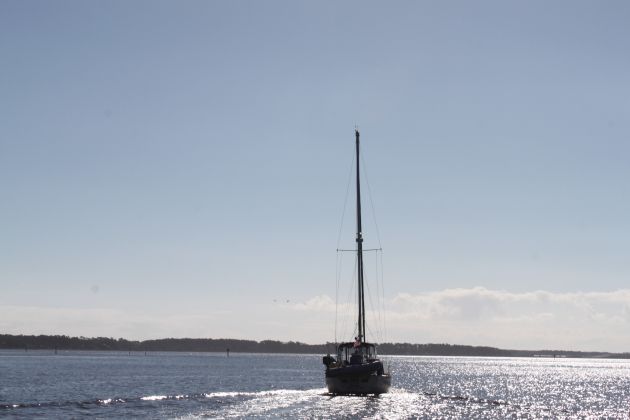 While we make the turn to go to Morehead City 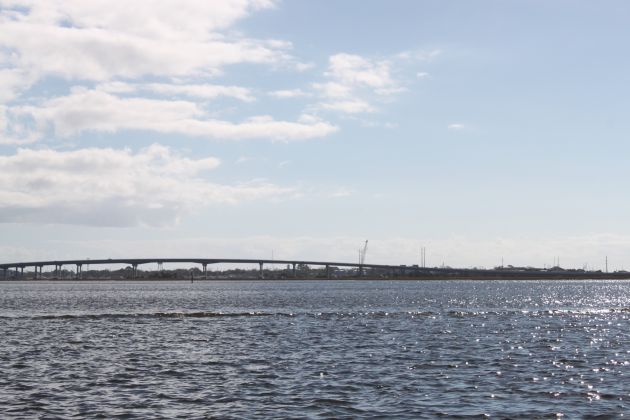 We met a shrimp boat coming out

And we got our first sightings of pelicans on this trip 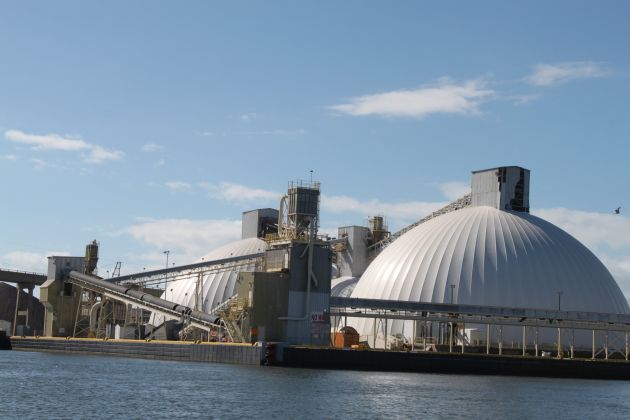 Railway bridge is up 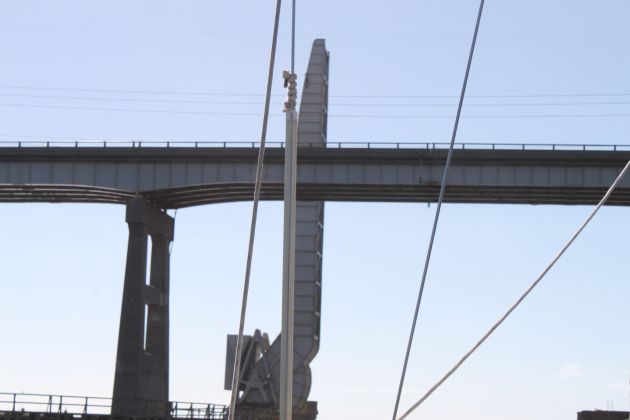 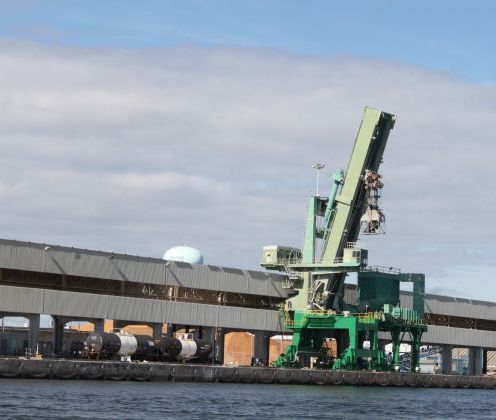 We pulled onto the dock at the Sanitary Fish Market and Restaurant and tied off at 12:30. We radioed Paperbird to let him know there was room for us on the dock. It’s first come, first serve so we had said if there was no room, we would motor over to Beaufort(which is across the bridge) and get a slip at the marina where they were. We will miss travelling with them. We had hoped to go out onto the ocean with them and do a 10 hour day to Wrightsville Beach but they plan to stay a week in Beaufort, waiting for good weather. We will continue down the ICW and try to catch up with them along the way when they come back in. There has been more wind and bad weather on this trip than we encountered in 2014.

After lunch we decided to walk up to the Lowe’s Grocery Store and see the city. Warm enough for shorts and t shirts. Yay! One of the trawlers who was in the Dismal Swamp with us goes to Key West every year and he said “when the butter melts, you’re far enough south”. Well I had my butter out on the counter and it was soft enough to spread on bread. I was very happy with that; it’s getting warmer!

We started walking and saw Janet and Robert from Emerald Dragon, who was also at the Dismal Swamp with us. They had a slip at a marina. We asked them if they’d like to go to the store with us but when they found out it was a 2 mile walk, they just went to Ace Marine Rigging and Supply store and a few places.

Here is what we saw when we were out and about in Morehead City:

School kids going out for the afternoon on the Carolina Princess 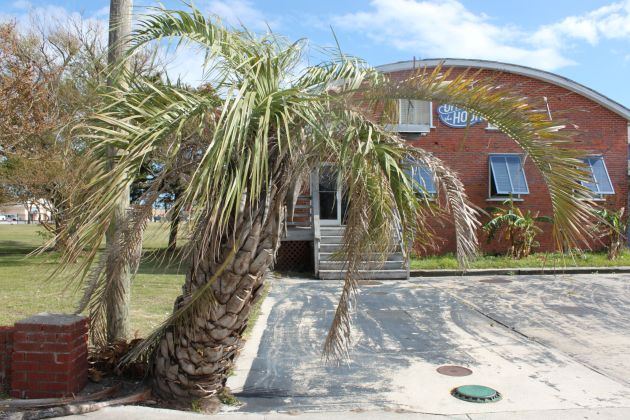 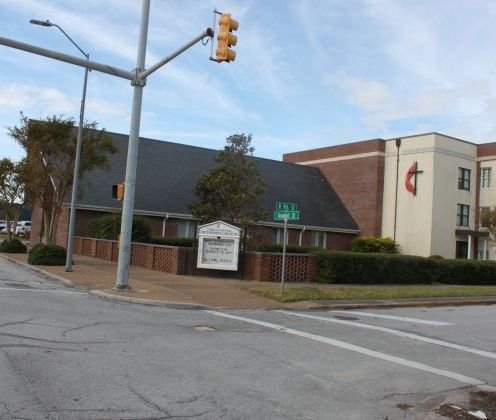 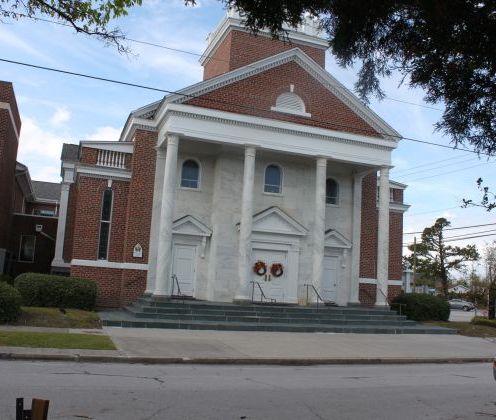 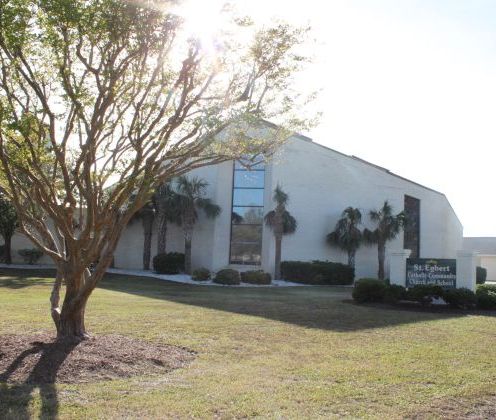 Our first sighting of cactus too. Yay..definitely warmer climate!

Love the NC license plates; First in Flight and this sand dollars on it is appropriate too 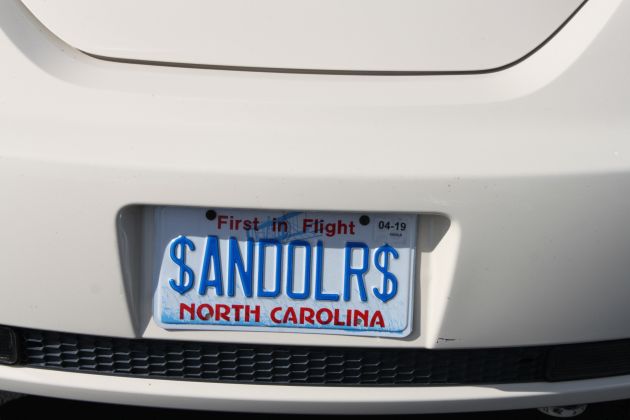 The Main Street here is divided in two by railroad tracks 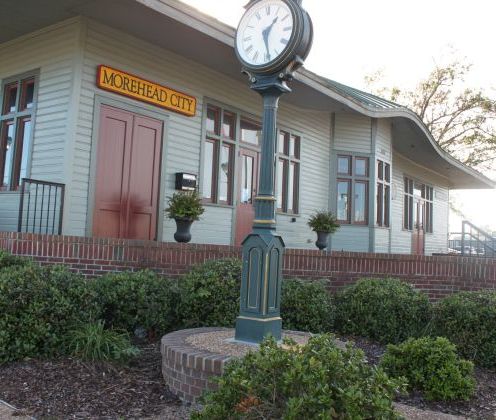 We were saddened to see the damage still left from Hurricane Florence. The dock that we were tied to was closed for 5 weeks. Many waterfront restaurants are still closed and will not be opened until June. The clean up continues and we saw lots of roofers working and debris around: 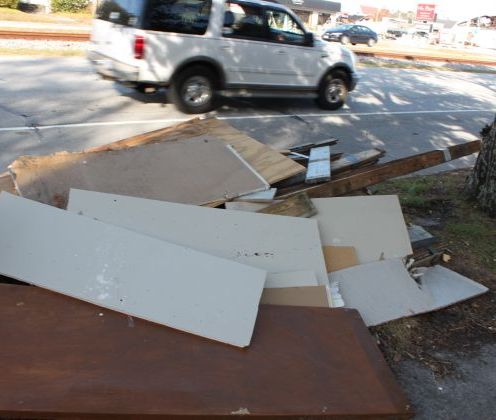 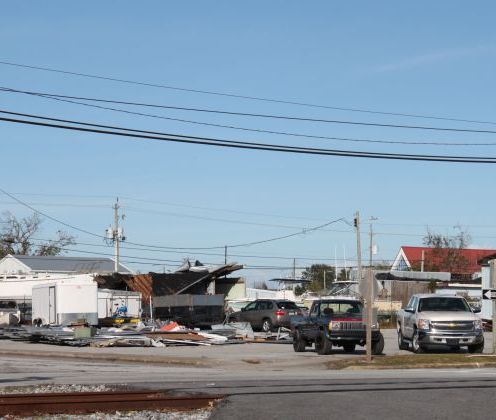 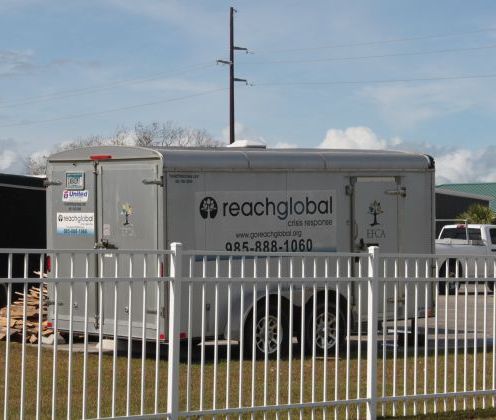 We finally got back to the dock, which is on the other side of this restaurant.

Thursday, November 1 Well, they were forecasting lots of wind in the night and they were right. And then lots of rain off and on all day. We spent the day on the boat cleaning and blogging. Mike did get up to Ace Marine Rigging and Supply store in between the rain showers. We were going to get together with Robert and Janet from Emerald Dragon for supper at the restaurant but it was raining too hard for them to walk over. It poured by times!

The owner of the boat in front of us came over to talk today. He and his wife plan to head out on the ocean on Saturday for Melbourne, Florida. He said it would take 3 and a half days. He is a very nice, retired physician from the Navy and they plan to go to every port where he was stationed. They bought the boat 2 years ago and have already sailed her to Bermuda and just returned from the Dominican Republic where their daughter and family live. Saylor, their little dog is on board too. Their boat is a Sunward 48 ketch. She’s a beauty and is registered in Hawaii. Although, they are not from there, they plan to sail her there. Very adventurous.

Tomorrow, we will leave to go down the ICW to Mile Hammock Bay.