This morning we weighed anchor as the sun was coming up behind the island at 07:00.

We could see Crab Cay behind us as the sun climbed higher. It’s going to be a great day on the water. 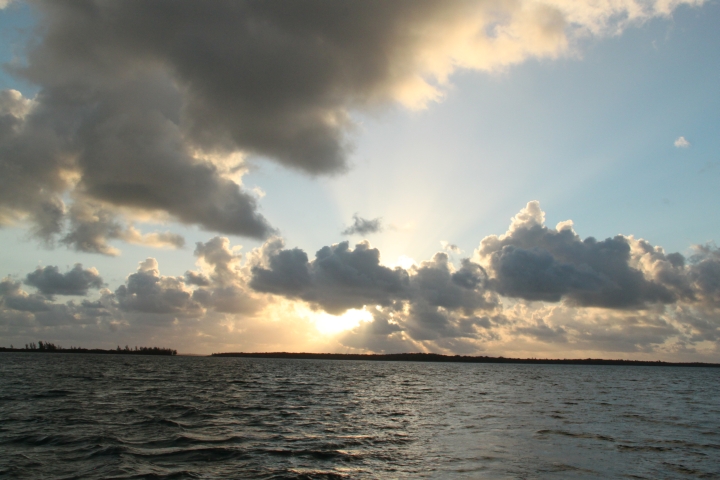 The winds were SSE 10-15 kn and we had the jib out. We turned the motor off and sailed for awhile.

We had to take a photo of this rock. It was named on our charts as “Centre of the World Rock”.

For quite some time, it was just Modaki and Persuasion out on the Bahama bank but soon we were joined by others.

The Sale Cay rocks on our port side were visible for quite some time.

With the Sale Cay rocks behind us and Little Sale Cay ahead to our port, we sailed along.

What a beautiful sailing day. After lunch, with Little Sale Cay behind us we saw others were sailing along too and we saw a couple of boats anchored out in front of Great Sale Cay.

And look at our sailing speed, with only the head sail out. 6.2 kn. Pretty good, eh? 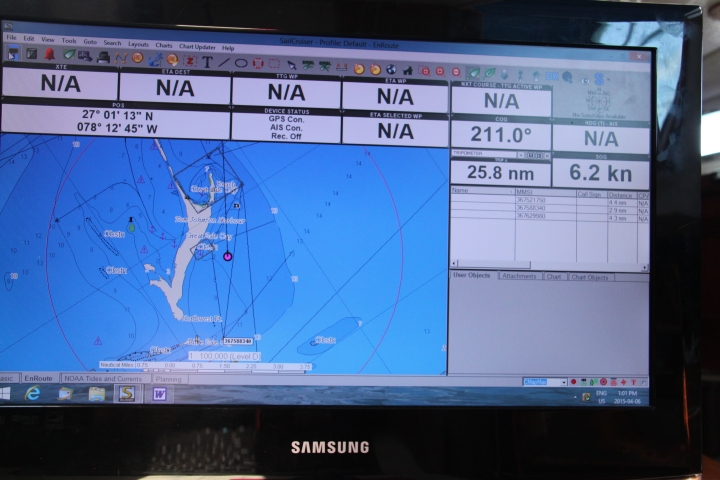 There were already a couple of boats in the anchorage as we rolled in the sail and headed in. 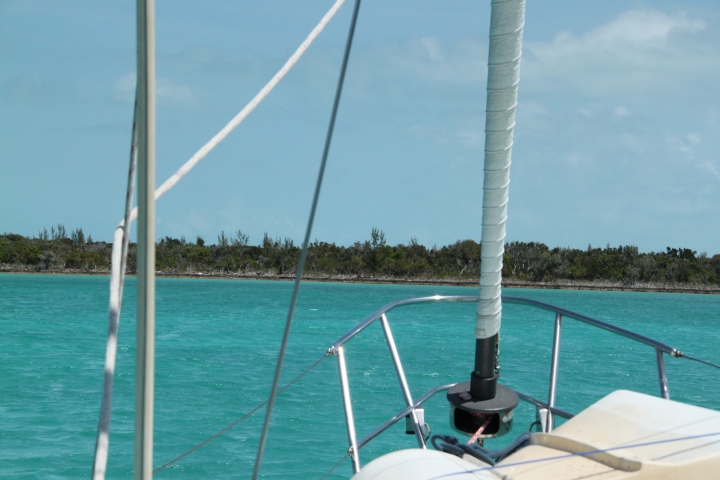 Modaki had radioed as we were heading in, saying that Yvonne had just caught a fish. We snapped a photo of here holding it after they anchored. (not a great shot as they were a bit of a distance from us). It was a little over 2 feet. Sadly, upon checking the fish, they found it to be a barracuda. Apparently if the barracuda is under 3 ft, you can eat it but if it is over 3 ft, they could have a parasite. They decided not to take a chance so put him back. We tried to get a signal for our internet so we could post yesterdays blog and also check emails. But had no luck. The wind had come up more in the afternoon with gusts up to 20 kn. More boats pulled in after supper, there are fourteen of us now.

The sun shining through the clouds was so beautiful tonight.

An hour later, the sun went down behind the clouds.

Out of our 7 hours tavelling time today, we only ran the engine for 4.5 hours. It was a great sailing day.

One thought on “April 6 – Crab Cay to Great Sale Cay”